The First Day Covers in this section formed part of a special collection of Eric Light, who arranged for them to be Signed by Luftwaffe aircrew that flew in the Battle of Britain (and also France!) at German veteran reunions way back in the 1980's. The covers feature Luftwaffe aircrew from across all of the Units that fought in the Battle of Britain.

Fighters, Bombers, Stuka and even recce crews are featured with some VERY RARE Signatures on offer.

I have researched these names and, where possible, have given some details as to their part in the Battle and their subsequent war service. Many were shot down during the Battle and made Prisoner of war and I have included details of these combats. Ironically, they survived the war because they spent the remainder of the War as POW's!! Many of their fellow comrades were not so fortunate and were lost in the subsequent War Years.

I hope you enjoy browsing through some very interesting and rare items!

View as Grid List
Sort by
Display per page 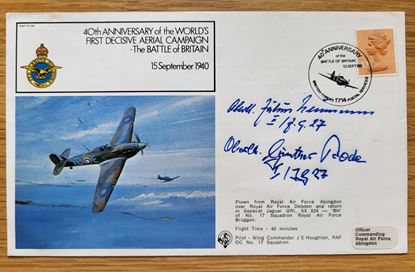 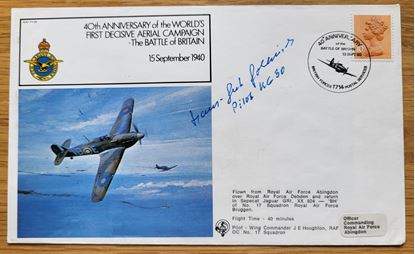 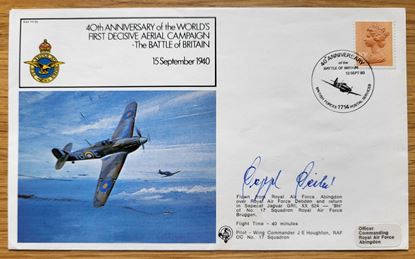 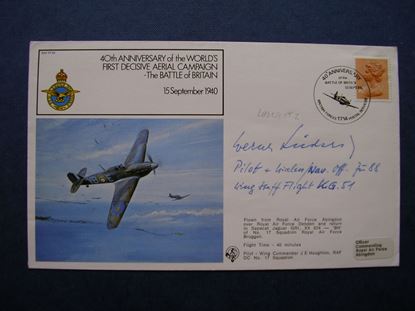 £35.00
Cookies help us deliver our services. By using our services, you agree to our use of cookies.
Learn more